Hazleton Public Transit (HPT) held a groundbreaking on June 1, 2021, for its new bus storage and maintenance facility on the Old Airport Road in Hazle Township.

Planning for the new facility, which will be approximately 44,000 square feet and cover 4.3 acres of land near the Hazleton Municipal Airport, has been underway for approximately five years.

The facility will house the City of Hazleton’s combined fleet of approximately 19 fixed-route buses, paratransit vans and service vehicles. Site work will begin this month and the facility is expected to be completed by the beginning of 2023.

Ralph Sharp, HPT director, said, “The new Hazleton Public Transit bus maintenance and storage facility has been a long time in the making. We have seen a great need to have one building to handle all our bus functions. The facility will also help preserve the environment by transforming our fleet of buses to compressed natural gas. This state-of-the-art building is not only an enormous achievement for Hazleton Public Transit, but it will also take Hazleton into the future.”

Hazleton Mayor Jeff Cusat said, “We’ve been envisioning this project for close to five years. It’s great to physically see the beginning of it. It’ll be great for the entire area.”

HPT received $19 million in federal funding via the Federal Transit Administration (FTA), $7 million from the Commonwealth of Pennsylvania, and more than $300,000 in local share funding from Luzerne County for the project. Rep. Cartwright announced the release of a portion of the federal funds in August 2020.

FTA Region 3 Administrator Terry Garcia Crews said, “The Federal Transit Administration is proud to partner with the City of Hazleton to support this new bus maintenance facility that will improve public transportation for residents in Hazleton and the surrounding areas. The start of this project symbolizes advancement in modernizing transit facilities and infrastructure while showcasing innovation in clean burning fuel technology.”

PennDOT Deputy Secretary of Multimodal Transportation Jennie Granger said, “This project is an important step in preserving public transportation in the Hazelton area. It will enhance the security and longevity of vehicles as well as create a more sustainable operation for the transit authority.” 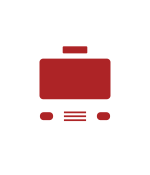 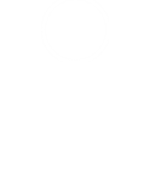